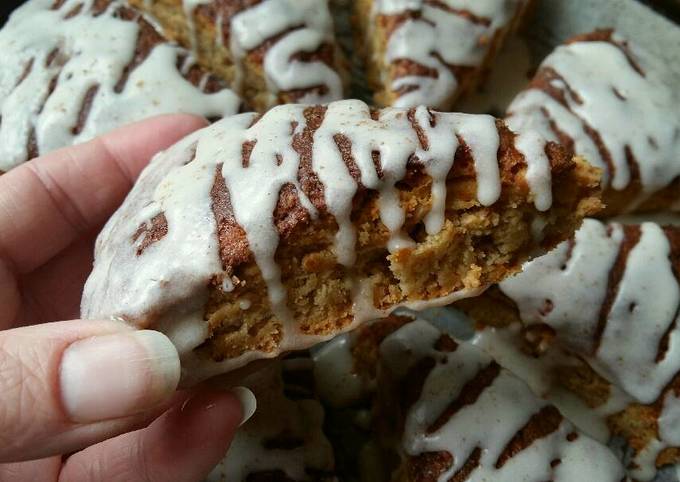 Mix the sugar and water and glaze the scones as they come out of the oven. Beat the margarine and sugar together until light & fluffy, then mix in the yogurt / cream and vanilla. Whisk together the flour, xanthan gum if using, baking powder and cinnamon in another bowl. Add half of the flour mixture to the creamed margarine and mix.

Add the rest of the flour in and form a dough. Combine the flour, xanthan gum if using & baking powder in a bowl. Cut in the 'butter' and rub between your fingers until the flour resembles breadcrumbs then mix in the sugar. Mix in the apple and dried fruit and form a soft dough, adding the milk as necessary. These scones make use of any apples going soft in the fruit bowl!