werewolf cupcake. Use a garlic press (or a piping bag with a grass tip) to pipe very cold chocolate-frosting "fur" onto the cupcake. Keep going till your werewolf is super-furry. Open slightly and attach to centers of the cupcakes for mouths. 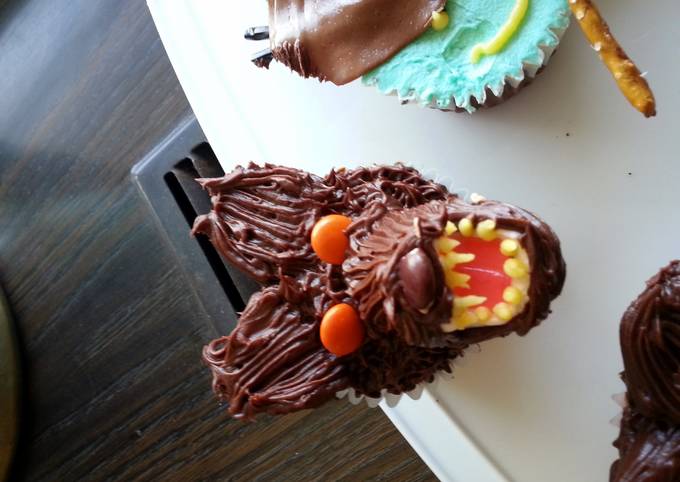 Werewolf Cupcake; Then add two little ears on one end by piping two giant stars. Tint some of the chocolate frosting black and use a toothpick to add a little nose and pupils to the eyes. Smear some more jam on the top of the cupcake. Place the fondant on the cupcake and using a sharp knife score four 'claw like' lines to resemble the 'Werewolf attack'.