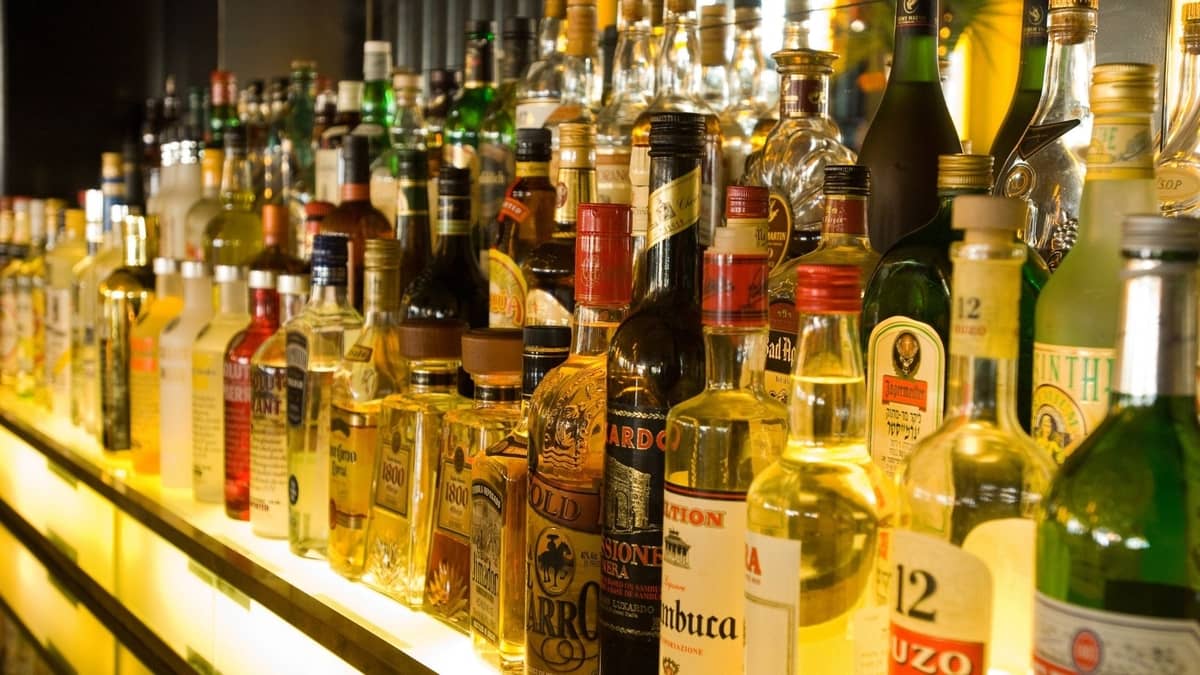 For all the newly legal drinkers, you’re going to want to read this article on Alcohols You Shouldn’t Mix!

There are loads of different kinds of drinks that contain alcohol, like cocktails, Pina Coladas, and margaritas, to name some of the more well-known ones. Unfortunately, some people make the mistake of combining the worst alcohol combinations and have to bear the repercussions of it with the worst hangover known to man afterward. That’s why we’re here, spreading this informative content to prevent foreseeable nausea, vomiting, pounding headaches, restless sleep, and overall worst hangovers ever that can come with unknowingly combining alcohols that should never be mixed together.

To prevent all the hangover symptoms that no one ever wants to experience, give this informative article a read on which alcohols should never be mixed!

One alcohol that is considered a “fancy” or “classy” drink, is wine. There are red and white, dry and sweet wines, each with different flavoring. Each is designed to be paired with different foods for the ultimate combination pairing.

Tequila is another notorious alcohol that is commonly consumed when drinking margaritas, a popular Mexican drink that can be found almost anywhere. Many restaurants, pubs, and bars place drink specials on these bad boys because of their popularity with the people’s tastebuds.

These two alcohols, wine and tequila, do not mix well together. At all. The flavor combination of the two drinks does not pair well whatsoever, inciting an understandable cringe of upmost proportions if attempted. Tequila is a strong alcohol whilst wine is of a more average alcohol content that can be consumed without repercussions when comparing portion sizes with tequila. 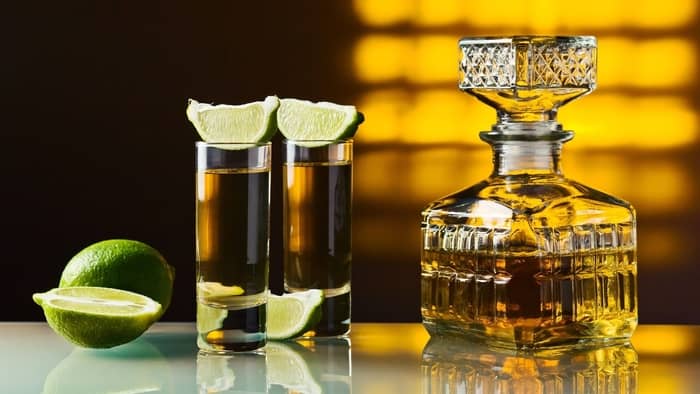 It’s safe to say that wine should not be mixed with any other alcohol. The fruity elegant notes of wine do not bode well for a “mixer” drink, especially with other alcohols.

Beer has been often termed a drink that “grows on you”…because in all honesty, the taste isn’t exactly the best. Though regular beer drinkers will cry out in upset at that statement, they don’t get a say since they’re “regular” beer drinkers and the beer taste has definitely grown on them.

Having beer and wine at the same can make for a bad combo for your poor stomach. The two drinks are so drastically different that they can impact your bowels in a negative way, inciting nausea, vomiting, stomach pain, or diarrhea. We suggest drinking wine for a more elegant setting and sticking with it rather than switching it up to another alcohol, like beer. In a more relaxed setting, if debating on which to choose, beer is a more casual drink so this might be the best time to drink it.

If you’re looking to be utterly miserable the next day—we’re talking about the worst hangover ever—then the way to achieve it is by mixing beer and tequila. We do not recommend it.

It’s not the tequila’s fault. If anything, it’s the fault of the beer. Completely. Beer simply does not mix well with other drinks, like wine. Have you ever seen beer used in a mixed drink? There’s a logical reason for that. Beer does not mix well with tequila, or really any other alcohol, hence the saying “beer before liquor, never been sicker”. 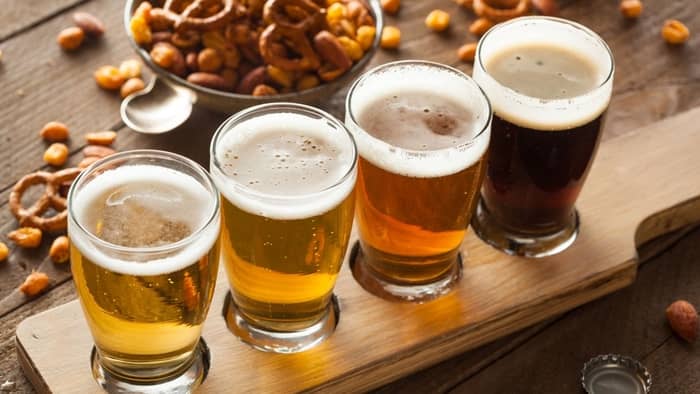 Rum And Any Other Alcohol

Where are all the rum-loving pirates at? Rum can be mixed with an array of non-alcoholic beverages like pineapple juice or coco-cola, but we don’t recommend mixing them with any other alcohols as we consider your best interests in mind.

Pina Coladas are a popular drink combination that contains rum, you know, the ones with the little umbrellas in them that people drink poolside or at the beach? And they’re sweet, tropical, and delicious too! Just don’t drink rum with other alcohols.

To even consider this mixture of alcohol is concerning, what with the intensity and level of alcohol content in each.

Vodka and whiskey should not be mixed. Ever. Whiskey alone has at least a 40% alcohol percentage, making it an intense option on its own. Combined with another alcohol like vodka? Say goodbye to your upcoming week because your hangover is going to last at least that long with the recovery time you’re going to most likely need.

As vodka has about the same strength, if not more, alcohol percentage-wise, like whiskey, we highly recommended not combining these two alcohols together. Whether that be in one drink, one night, or one day. Don’t do it, you’ll thank us later. 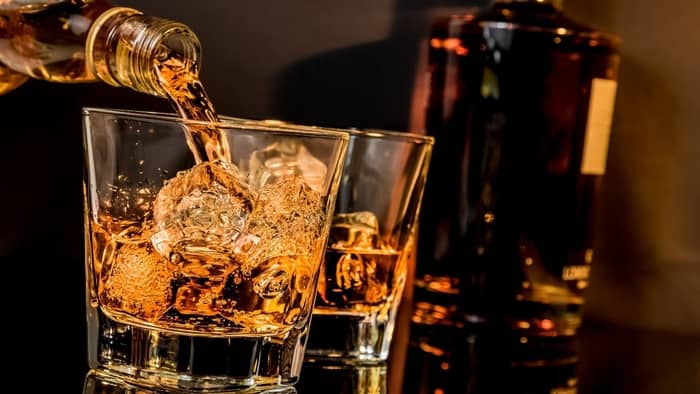 Any cocktail that contains absinthe more than likely contains at least three different types of alcohol. Stay away from it!

This combination of alcohol makes for an incredibly potent drink that we simply do not recommend. Drinking absinthe drinks is a quick journey to drunk that can rapidly ruin a person’s experience as it can hit you fast and leave you a bit lopsided with how to handle yourself as drinking more will leave you utterly wasted and totally ruined for the rest of your night.

We recommend staying away from these drinks to be able to enjoy yourself without the repercussions of a very short night or a really bad hangover.

Did you find this article informative? Make sure to leave a comment below to tell us what you think or if you have any questions. Don’t forget to share this informative article on “Alcohols You Shouldn’t Mix”.

Make sure to share this article and its inclusive information on what alcohol shouldn’t be mixed, with a friend or family member to spread the love (and the hangover prevention)!

What happens if you mix alcohol?

This depends on what alcohols are being mixed and how much is being consumed. Depending on the mixture and amount, a person could be completely fine or end up vomiting, depending.

What is the strongest alcohol mix?

Some of the strongest alcohol mixtures include Long Island Ice Tea, Martinis, and Jungle Juice.