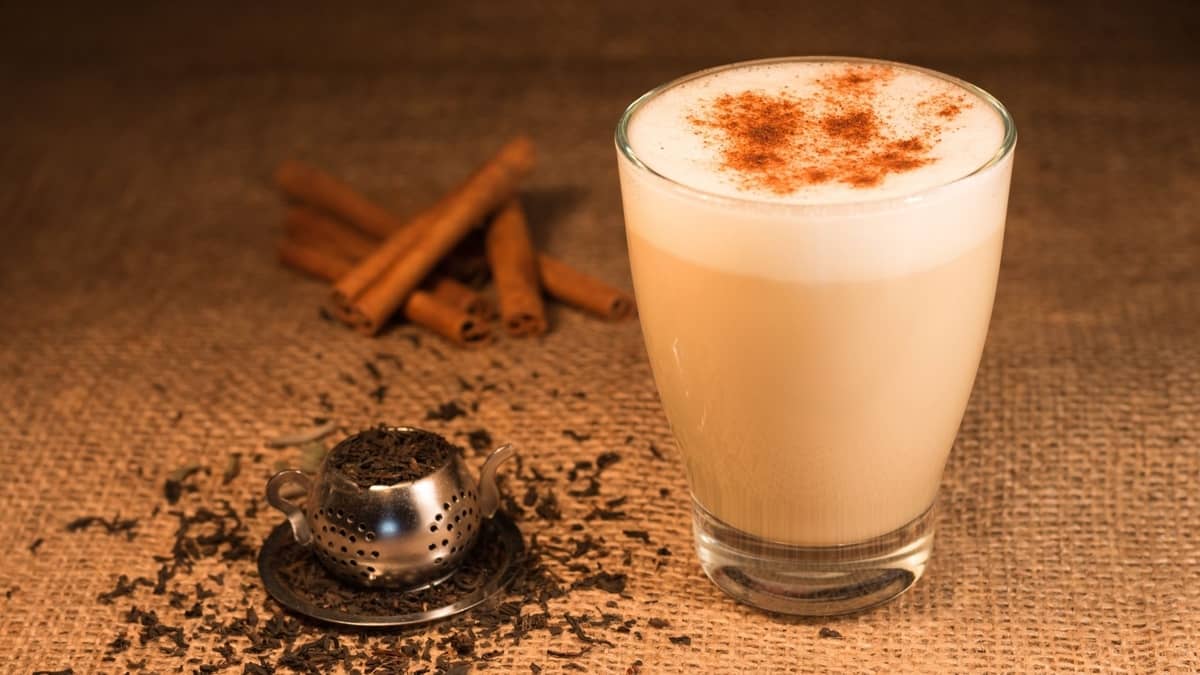 The perfect mix of sweet and oh-so-good spice, chai lattes are an incredibly popular tea blend that is served up and dished out at coffee shops all over the globe. But, for those trying to notch down their caffeine intake, they may ask—does a chai latte have caffeine?

It does! Considerably less than coffee, a chai latte does hold a portion of caffeine in it. Unless you’re super sensitive to caffeine, the caffeine content isn’t enough to have you tossing and turning at four in the morning, so don’t toss out your chai latte just yet.

In fact, take a look at the content below. You’d be surprised at the magnificent health and nutritional benefits that chai provides. It’s no wonder this sweet and spicy tea blend is so popular, it’s as healthy as it is delicious!

Does A Chai Latte Have Caffeine?

Interestingly enough, chai contains tannin, a chemical compound that can be discovered in teas, plant-based foods, and some beverages. Tannin, in chai tea or a chai latte, can cause the caffeine to be absorbed into the body more slowly compared to caffeine through coffee that will give you a “burst” of energy and then a crash afterward. 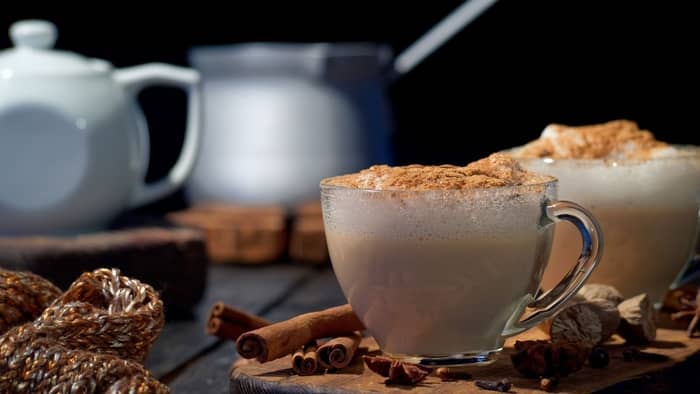 What Does Chai Tea Consist Of?

What Does A Chai Latte Consist Of?

To get the specifics correct, let’s say we’re ordering a chai latte from Starbucks for this example.

For those ordering a chai latte at Starbucks, the chai latte would consist of a few ingredients. The chai tea blend is made from a black tea blend of cinnamon, clove, cardamom, star anise, ginger, and black pepper. To make the drink into a chai latte, the chai tea blend is combined with steamed milk of choice (so this can be made non-dairy) and topped with foam. This sweet and spicy combination brings together a warm and soothing drink! 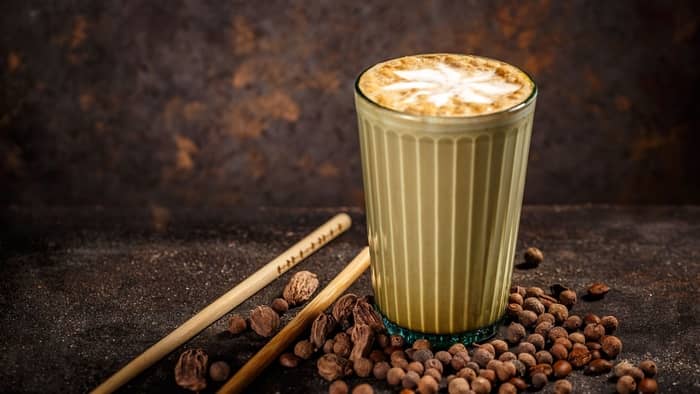 A chai tea itself is a tad more healthy than a chai latte. Chai tea is a tea blend of spices that are teeming with antioxidants and powerful nutrients that are combined with hot water. Some may decide to add in a little sweetener like honey, sugar, maple syrup, or agave, for a touch of sweetness in their chai tea.

A chai tea, especially without all the added sweeteners, is low in calories and incredibly healthy due to the number of antioxidants provided through the powerful tea blend of spices. The antioxidants are incredible as they can promote cellular health, fight free cancer-causing radicals, improve heart health, improve digestion, boost energy levels, reduce inflammation, improve oral health, soothe cold symptoms, and many more health benefits!

Though a chai tea itself is low in calories, a chai latte consists of milk (or non-dairy alternative) and a sweetener. This increases the calories and added sugar content in the drink. When buying a chai latte from, let’s say, Starbucks or any other coffee shop that sells chai lattes, the drink is going to come out tasting super good because it contains sugar.

If you didn’t know yet, you’re going to find this out now, but sugar has been shown to have a “drug-like” response in the “reward center” of the brain. There’s a reason doctors, dieticians, personal trainers, and the like are constantly urging people to create a balance with processed foods (as in eating a lot less of them and more whole foods). Foods with added sugar, or any sugar really, drive the brain to want more. This is the major cause of weight gain which leads to obesity, diabetes, heart diseases, and a load of other serious health concern issues.

Does that mean you shouldn’t buy a chai latte ever again? No, it doesn’t. A recommended tip for all of the chai latte lovers out there looking to lower the calories and sugar content of their chai latte. Ask for less! Most shops, like Starbucks, have a chai tea concentrate or will add pumps of syrup to sweeten the drink. Ask your barista for less sugar in your drink, or more milk to even out the proportions, to lower the calories and sugar content of your chai latte!

The History Of Chai

Commonly referred to as “masala chai”, chai tea has dated back more than 5,000 years in its origin. The blend’s popularity began in India when a king desired a spiced beverage with healing properties, known as an Ayurvedic beverage. It is believed that the king created the tea blend and the blend quickly spread across India, making its way to Britain and now, the world!

Did you find this article informative? Make sure to leave a comment below to tell us what you think or if you have any questions. Don’t forget to share this informative article on “Does A Chai Latte Have Caffeine?”.

Tag us on social media with your favorite chai tea or chai latte homemade or from your favorite coffee shop! Make sure to share this article and its inclusive information on chai latte caffeine content, as well as the massive health benefits from drinking chai tea, with a friend or family member to spread the love (and the sweet and spicy chai!).

Does chai latte keep you awake?

Unless you're highly sensitive to caffeine, a chai latte shouldn't keep you up due to its low caffeine content.

How much caffeine is in a chai latte compared to coffee?

Compared to chai tea, a chai latte is a lot less healthy due to sugars added in from creamers and chai tea concentrates. Simply ask for less sugar in your chai tea latte when ordering your drink and this should lower the calories and sugar content in your chai latte!

A chai tea would be better for weight loss than a chai latte, as a chai tea has zero caories without added sugar.