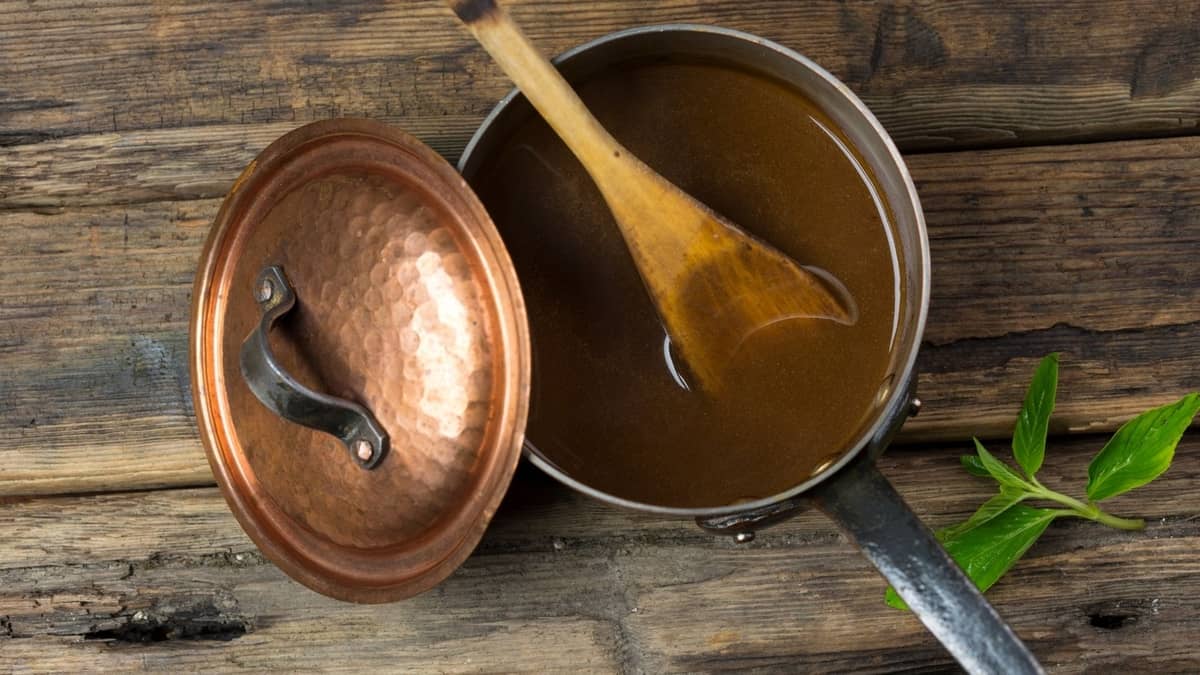 Are you looking for a substitute for au jus gravy? Then, we’ve got you covered with The 4 Best Au Jus Gravy Mix Substitutes!

There are many different au jus gravy substitutes that can be used to replace au jus gravy, but we’ve only included to absolute best alternatives for the ultimate flavor enhancement for your favorite meaty dishes. From prime ribs to roast chicken, au jus gravy is a popular thin gravy used as a moisture saver for meaty dishes, a dip for flavored plus, or simply as a type of marinade. Whether it be for noodles or beef sliders, au jus gravy brings the ultimate flavor package and we’re here to provide the alternatives to save your dinner meal!

To get a look at some of the best substitutes for au jus gravy, keep reading!

What Is Au Jus?

Au jus is a sauce that is derived from the leftover drippings from meats like chicken, beef, and pork. Though many do not know it, beef au jus is often used as a dipping sauce for roast beef sandwiches, similar to the popular French Dip Sandwich. This sauce pairs magnificently well with prime ribs and other recipes due to its enhancement of flavor.

How Do You Pronounce Au Jus? 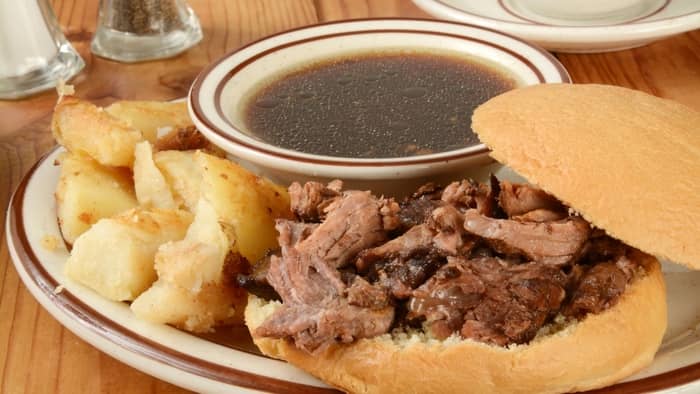 How Is Au Jus Used?

Au jus is often used to enhance the flavor of meaty dishes. It utilizes the meat’s own juice to create a sauce that enriches that meat by enhancing flavor, savoriness, and richness.

As au jus is similar to a gravy only thinner, it can be used in a variety of ways. Some people use au jus by serving it with meaty dishes like prime rib roasts and roast chicken. Others drizzle the au jus sauce over meats like beef, or even noodles and rice! Many times au jus is used as a dip for beef sliders or other meaty sandwiches to enhance flavor.

What Is Beef Au Just Made Of?

Beef au jus is made from a concoction of ingredients, or drippings, that come from making a beef roast. This can include red wine, Worcestershire sauce, juices from the beef, and beef broth.

Once the mixture has thickened, serve with your meaty dish of choice. 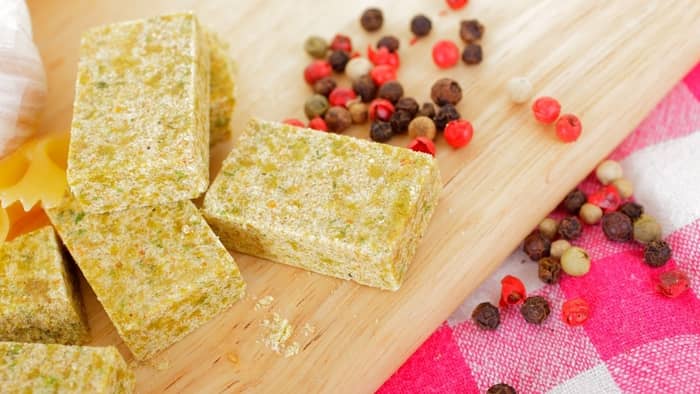 Step One: Mix Together

Step Two: Add To A Pan

Drizzle the contents into a small to medium-sized pan, placing the pan on a burner. Add anywhere from ½ – 1 cup of water into the pan. Whisk to combine the contents.

Once the contents thicken, remove and serve with your dish of choice.

More thick than traditional au jus gravy, brown gravy is a rich and thick substitute that can aid in the enhancement of meaty dish flavors. Using a storebought gravy is acceptable, but if you’re desiring to use a homemade substitution, then follow the instructions below.

Step One: Add Ingredients To A Saucepan

Step Two: Bring To A Boil

Raise the burner heat to bring the contents of the saucepan to a boil. While waiting for the contents to come to a boil, follow the instructions for the next step.

In a small mixing bowl or small Tupperware, add ¼ cup cold water and 3 tablespoons corn starch. Either whisk or shake the contents to combine, then add to the boiling saucepan. Whisk it into the saucepan mixture to combine.

Once the corn starch mixture has been added, reduce the heat to medium-low. Continually whisking the contents to encourage a smooth gravy final result. Allow the mixture to simmer until thickening to the desired consistency.

Once obtaining the desired consistency, remove the burner from heat. Add in one tablespoon of cold butter, whisk to combine, and serve for a smooth flavorful brown gravy! 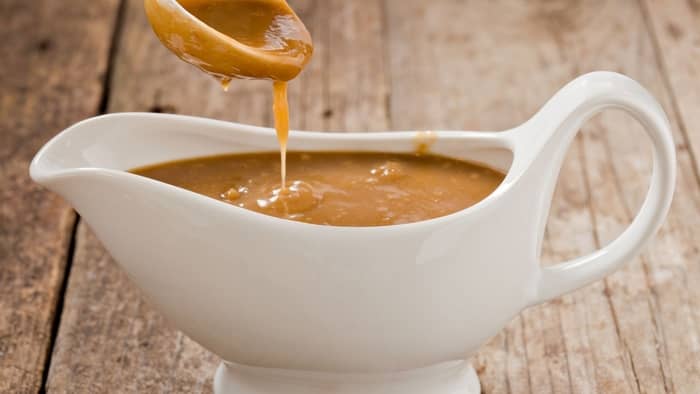 Did you find this article informative? Make sure to leave a comment below to tell us what you think or if you have any questions. Don’t forget to share this informative article on “The 4 Best Au Jus Gravy Mix Substitutes”.

Tag us on social media to show us your au jus gravy substitute and what meaty dish you paired it with! Make sure to share this article and its inclusive information on what substitutes to use to replace au jus gravy, with a friend or family member to spread the love (and the flavor train enhancements)!

How do you eat au jus?

Au jus is use as a dipping sauce, a marinade, or as a sauce to enhance flavor in meaty dishes.

Is au jus the same as beef broth?

The difference between the two is that au jus is made from drippings from meat while broth is cooked with the meat.

Is au jus and Brown Gravy Mix the same?

They are similar, but au jus is thinner while brown gravy is much thicker and richer.

What is au jus gravy mix made of?

Au jus is made from the fat drippings of meat.